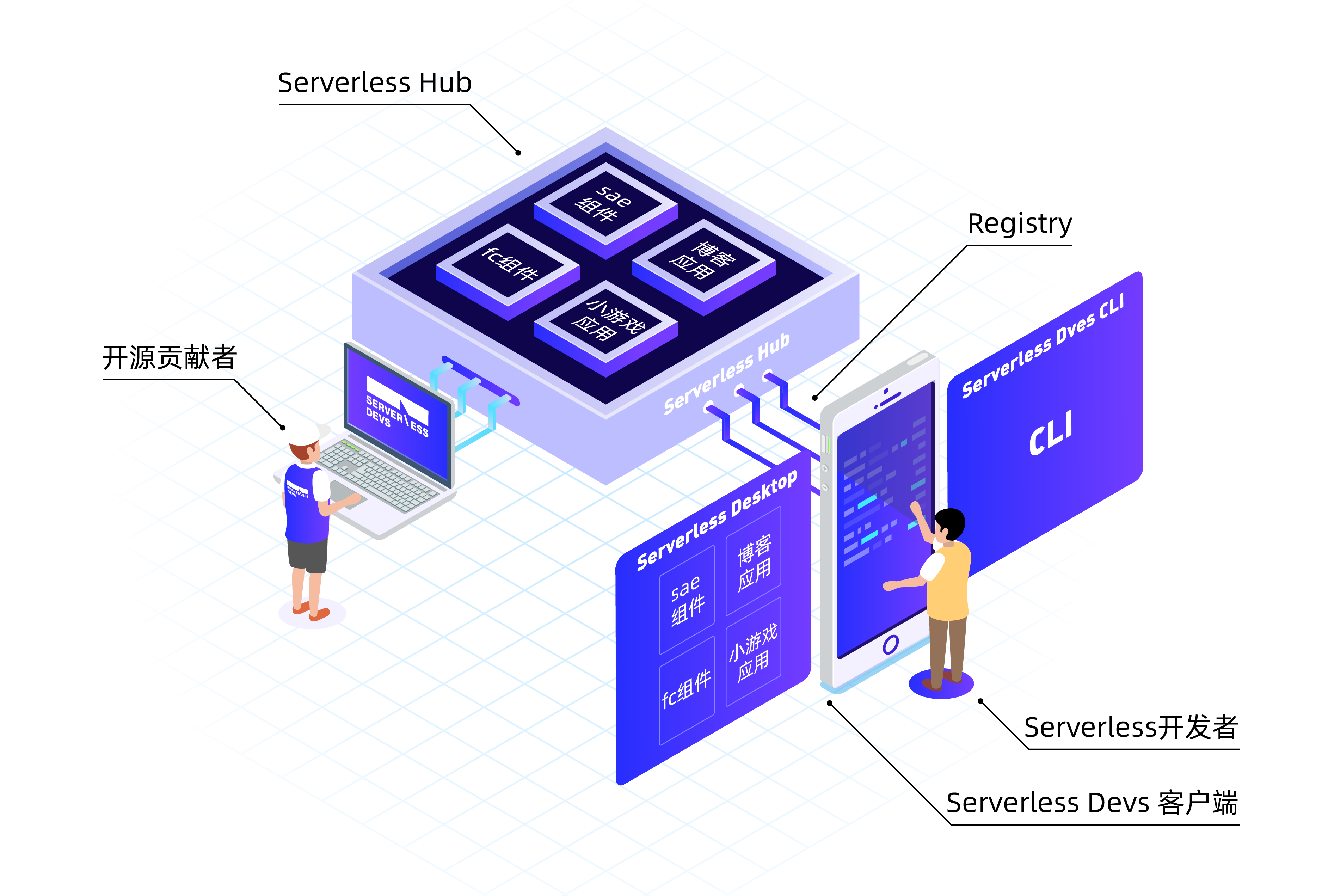 In Serverless Devs, developers can be:

As you can find in the preceding figure, the two words component and application appear frequently.

The design principles of Serverless Devs models are to help developers to focus more on business logics and improve the efficiency in developing, deploying, and maintaining Serverless applications by using a simpler, more scientific, and more standardized Serverless toolchain system. Developers can use Serverless products of different cloud vendors and from open source communities in a more flexible and convenient way. This helps you manage Serverless applications in a more efficient, concise, and convenient manner.

For more information about our roadmaps, see GitHub Projects.