The build command is used to build functions and install dependencies.

You can run the build -h/build --help command to obtain the documentation.

If a YAML file can be used, you can run the s build command to build functions and install dependencies. Example command output:

Take Python as an example. In a Python project that has the requirements.txt file, you can use the s build --use-docker command to install dependencies: 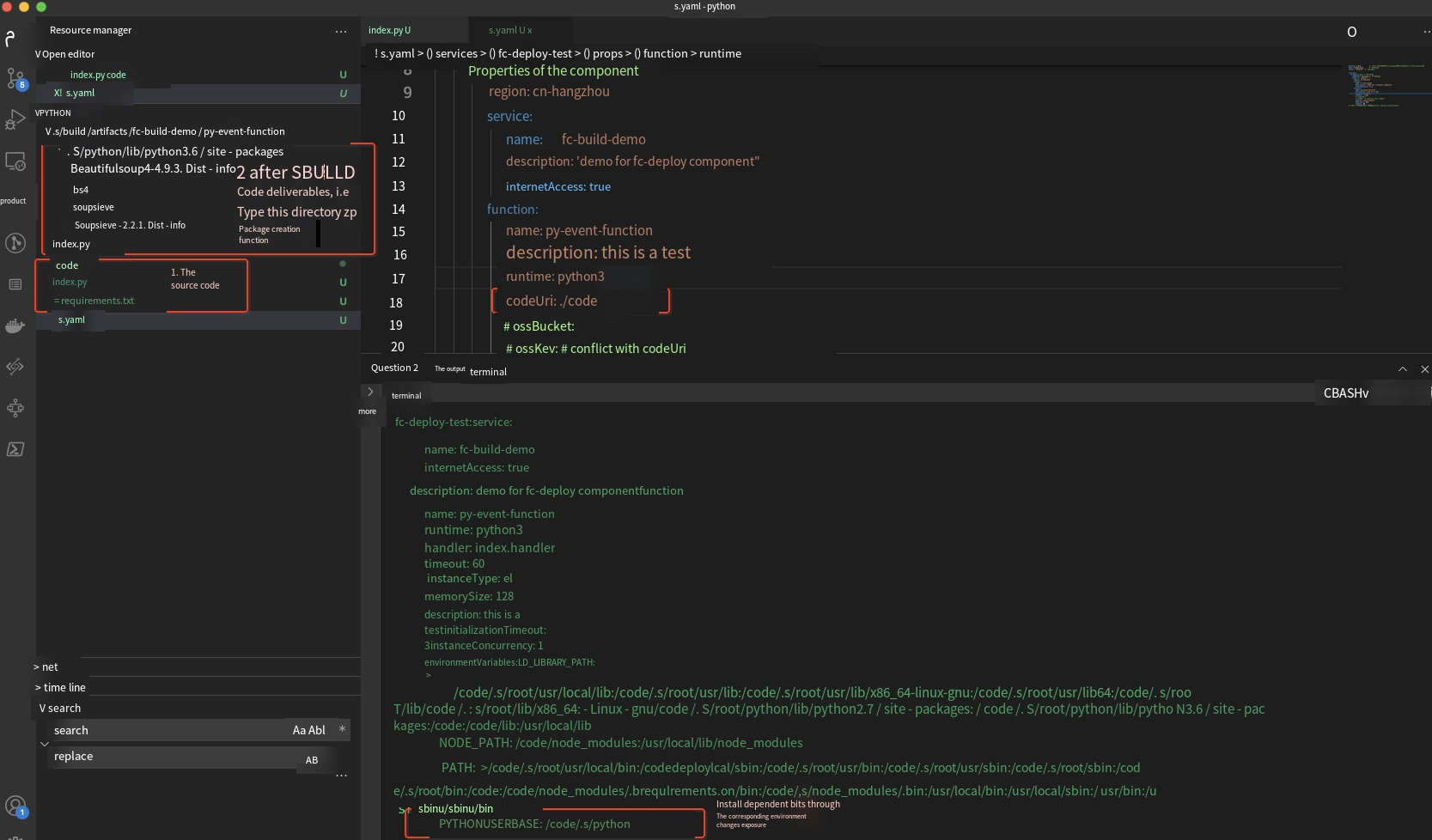 Node.js projects and PHP projects are similar to Python projects. After developing the source code, you can install dependencies by using the s build --use-docker command. Then, Serverless Devs automatically downloads the dependencies that are defined in the dependency description file (the package.json file in a Node.js project or the composer.json file in a PHP project), and packages the downloaded dependencies and source code into a deliverable ZIP file. The next step is project deployment. You can run the s deploy command to deploy the project. Then, Serverless Devs creates a function based on the content in the deliverable ZIP file and configures the environment variable of the dependent library. This allows the function to directly require the code dependent library.

Function Compute allows you to use custom containers as the runtime environments of functions. To install dependencies in a custom container, you must first activate Container Registry (ACR). Then, specify the ACR image address in the image field of the s.yaml file and run the s build --use-docker --dockerfile ./Dockerfile command to build a project. Next, you can deploy the project by running the s deploy --push-registry acr-internet -y command. Then, the tool will push the new image to ACR before creating a function.

💡 When using the s build command, you can use the FC_DOCKER_VERSION environment variable to specify the version of the image. For example, you can set FC_DOCKER_VERSION to latest to export the Docker image of the latest version. For all available versions, visit https://github.com/aliyun/fc-docker or https://hub.docker.com/u/aliyunfc.

💡 In scenarios in which code libraries are used, you may need to perform more operations in addition to installing the libraries for various programming languages. For example, the runtime environment of a Puppeteer application deployed in Function Compute is Node.js. In addition to the Puppeteer library, an underlying .so library, such as apt-get.list, needs to be installed, as shown in the following figure: 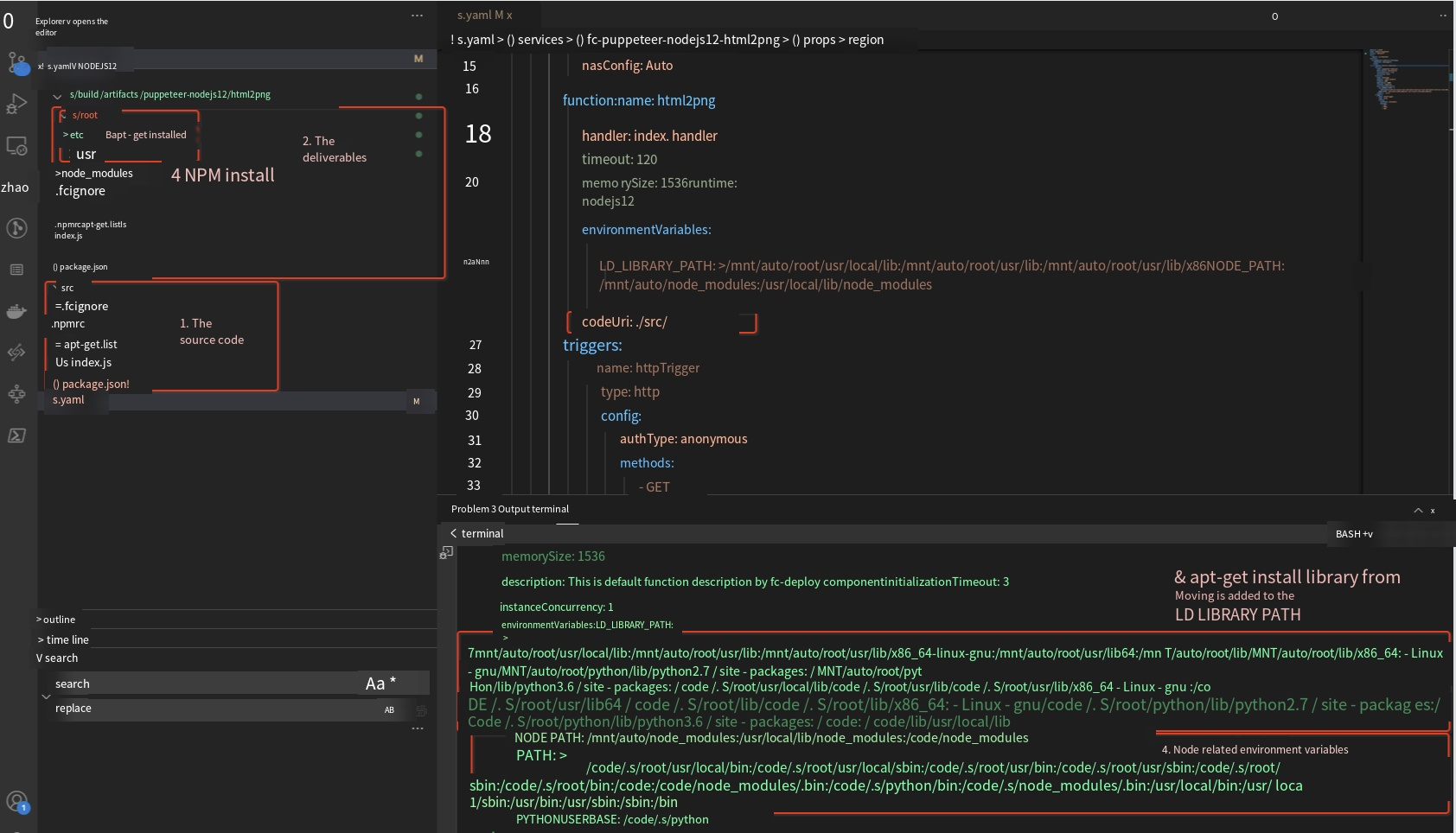 For more information, see the "Deploy using Nodejs 12 with NAS" section in the fc-start-puppeteer page.